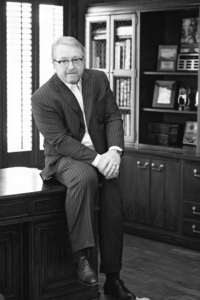 What does it mean to get a “Criminal Misdemeanor Citation” in Middle Tennessee? The short answer is that it is basically the same thing as getting arrested, yet you were spared the humiliation of being physically arrested, put in jail, and forced to call someone to bail you out. The biggest mistake my clients make before hiring my firm is believing that the citation seems as simple as a traffic ticket. People often don’t hire counsel or even don’t go to court for the citation. That’s a mistake. Take a drug citation for instance, that citation carries the same penalty if convicted that an arrest would – a sentence of 11 months and 29 days. The only difference is you avoid having to pay bail and go to jail that night.

A common question I receive is, “If it is basically the same as an arrest, then why didn’t the officer arrest me?” Let me answer that by quoting some law first: Tennessee Code Annotated section 40-7-118(b)(1) provides: A peace officer who has arrested a person for the commission of a misdemeanor committed in such peace officer’s presence … shall issue a citation to such arrested person to appear in court in lieu of the continued custody and the taking of the arrested person before a magistrate [unless:]. . . (1) The person arrested requires medical examination or medical care, or if such person is unable to care for such person’s own safety; (2) There is a reasonable likelihood that the offense would continue or resume, or that persons or property would be endangered by the arrested person; (3) The person arrested cannot or will not offer satisfactory evidence of identification, including the providing of a field-administered fingerprint or thumbprint which a peace officer may require to be affixed to any citation; (4) The prosecution of the offense for which the person was arrested, or of another offense, would thereby be jeopardized; (5) A reasonable likelihood exists that the arrested person will fail to appear in court; (6) The person demands to be taken immediately before a magistrate or refuses to sign the citation; (7) The person arrested is so intoxicated that such person could be a danger to such person or to others; or (8) There are one (1) or more outstanding arrest warrants for the person.

This statute provides that a person who has committed a misdemeanor in an officer’s presence may be placed under arrest, but the person should be given a citation unless one of the eight exceptions is applicable. The Tennessee Court of Criminal Appeals has previously held that under this statute, a police officer must issue a citation and may not effect a full custodial arrest of a person who has committed a misdemeanor unless one of the eight exceptions are applicable. This can affect the right of the officer to search a vehicle or other belongings of the person being cited, when he could have otherwise conducted the search if a full arrest were consummated.

Many counties like Smith, Wilson, Macon and Trousdale simply require the person cited to appear in court to answer the charge. However, Davidson County has a process where you must be booked and turn yourself in during a specific time frame. Common examples of crimes in which citations are issued include theft under $500, possession of a firearm, simple possession of most drugs, or unlawful possession of drug paraphernalia. You will not receive a citation for DUI, domestic assault or any felonies and will be required to post bail after being carried to jail.

What should you do if you get a citation? You should treat the citation the same as you would any arrest. Immediately hire an attorney to protect yourself and avoid mistakes that could land you in jail. Misdemeanors can carry up to 11 months and 29 days in jail and can result in a permanent criminal record and incarceration. Steps can be taken immediately that can dramatically improve your chances of a favorable outcome. I and my team of associate attorneys, investigators and paralegals can help you if you’ve been charged with a citation in Middle Tennessee. Call us at (615) 444-3995 for a free consultation. We serve Nashville, Davidson County, Mt. Juliet, Lebanon and the counties of Sumner, Rutherford, Smith and Macon and all Middle Tennessee.