Miranda Warnings – Are They Rights?

Home/Miranda Warnings – Are They Rights?
Previous Next

Miranda Warnings – Are They Rights? 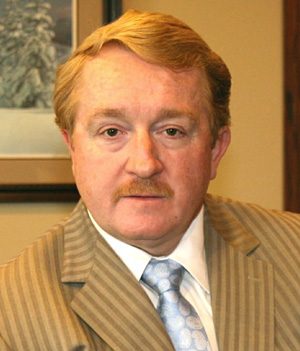 One of the most common questions I hear from my clients is, “does it matter that the police didn’t read me my rights when I was arrested?”   In almost every instance they are  referring to the constitutional rights known as Miranda Rights, also known as Miranda Warnings.

The Miranda Warnings were mandated by the 1966 U.S. Supreme Court decision in the case of Miranda v. Arizona to protect the Fifth Amendment right of a suspect to avoid self incrimination during police interrogation. This was once referred to as undergoing the “third degree”.

We all recall the standard recitation from television: “you have the right to remain silent, anything you say can and will be used against you in a court of law. You have the right to an attorney and, if you cannot afford one, one will be appointed to you”. Americans have heard these on TV all their lives and look on them as a hallmark of the American Justice System and demonstrated by the fact that the government cannot torture or force an individual to make statements against their will.

Unfortunately, this right is more limited than most people perceive as it is limited to interrogations while the individual is in custody. The most common scenario where I see people expecting to be read their Miranda Rights, and where they don’t generally apply, is termed “road side interrogations” commonly occurring in DUI cases.  Unless the person is actually handcuffed and placed in a patrol car, most conversations outside of that person’s vehicle are not subject to  Miranda, as the person is not in custody. In other situations, even if the citizen accused is in custody, they are not mirandized because there is not an interrogation or any harmful statements being made. In those cases, rights guaranteed by Miranda do not prohibit the arrest.

Criminal defense attorneys are familiar with the requirement that Miranda Warnings must be given prior to a custodial interrogation. However, recent cases regarding custodial interrogations leave even the most experienced criminal attorneys questioning what we know. As a rule, being in jail or prison is the most obvious and previously unquestionable case where a citizen is clearly in custody and therefore, if interrogated, Miranda would apply. However, in the strangest decision yet regarding the Miranda Warnings and when a person is deemed to be in custody, the U.S. Supreme Court further limited our constitutional rights when it determined that a prisoner locked in a jail in Michigan was not “in custody” for Miranda purposes.  The decision for Howes v. Fields, 132 S.Ct 1181 (2012), written by Justice Alito (a conservative member of the Court) held that the prisoner in jail was not necessarily “in custody” when he was questioned by two armed deputies in a room where there was no escaping his confinement. The citizen was convicted based on the confession given in jail, but he was never read his Miranda Rights, previously required under the U.S. Constitution.  In short, our courts have ruled that a citizen may not be in custody “just because he is locked up in a prison or a jail”.  If you can find the logic behind that  decision, please call and explain it to me!

The courts continue to trivialize the  traumatic  nature of being arrested, handcuffed, and then searched and thrown in jail even to the arrogant point  of  saying  that  being  in jail is not the same as being in custody. Always be wary of laws and court decisions that limit the rights of citizens while enlarging  the  power of  government.

This case is a primary example of a loss of all American’s Constitutional Rights. In this time of attack on our civil liberties, a citizen charged with a crime must be sure to retain an experienced full-time criminal defense attorney to aggressively protect and enforce their rights. In defense of the citizen accused,