Boating Under The Influence – BUI

Home/Boating Under The Influence – BUI
Previous Next

Boating Under The Influence – BUI 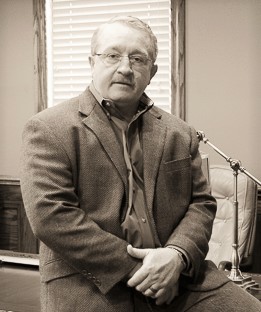 BOATING UNDER THE INFLUENCE

Tennessee Code Annotated 69-9-217, Boating Under the Influence.  (a) It is unlawful for any person or persons to operate any vessel subject to registration or any commercial vessel as defined in this section on the public waters of the state while under the influence of any intoxicant, marijuana, narcotic drug, or drug producing stimulating effects on the central nervous system.

PENALTIES FOR BOATING UNDER THE INFLUENCE

Boating Under the Influence is a Class A Misdemeanor.  As a Class A Misdemeanor, the offense carries up to 11 months, 29 days in jail for any conviction. Boating under the influence also carries significant mandatory minimum sentences and sanctions upon the privilege of operating a boating vessel. Below are the current consequences:

When can the TWRA stop and board your boat? The TWRA often stops vessels for what they term as Safety and Registration Stops. Tennessee Code Annotated Section 69-9-220 states that  the TWRA has the authority to stop and board any vessel subject to this chapter. This law has never been specifically challenged in the State of Tennessee and the TWRA and local prosecutors often argue any stop and boarding of a vessel is legal whether or not there is probable cause to believe a crime is being committed. We often challenge stops not based on probable cause as being in violation of both the Tennessee and the United States Constitution. However, as with an automobile, there are currently so many laws regulating your conduct that it is difficult for a boater or driver to avoid appearing to violate one of the many laws on the books.

Do I have to take a blood test if charged with Boating Under the Influence? The implied consent laws related to automobiles and boating are very similar. If arrested, the boater will likely be asked to submit to a blood test in order to determine if they under the influence drugs or alcohol. The boater may refuse the test and, if so, they will likely be charged with the offense of refusing to submit to the test. If the arresting officer meets all of the proper requirements of advising the boater of the penalties, the boater’s privilege to operate a vessel will be suspended for 6 months. As with DUI arrests, the officer may well have the option of seeking a search warrant in order to take the blood sample.

Citizens accused of Boating Under the Influence have the same rights as those accused of any other crime. You are protected by the Constitution and our office will diligently and fiercely seek to provide you with the greatest protection that it provides. Call our office at (615) 444-3995 if you are charged with a BUI Offense and need the very best in criminal defense.