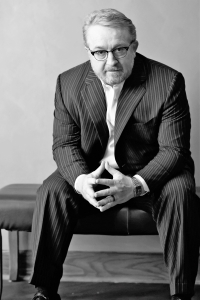 Client came to Frank Lannom Law Group for defense of his Mt. Juliet Tennessee DUI charge. He had successfully completed  rehabilitation in a dual diagnosis facility. Dual diagnosis facilities specifically (in theory) treat addiction driven by mental illness. Often the mental illness is self medicated with drugs. In this case, the client was extremely anxiety ridden to the extent he was debilitated having lost a professional position due to his disorder. The client drank and used benzodiazepines to reduce the effect of the anxiety. Anxiety is often successfully treated with benzodiazepines like Xanax; however, this client’s addiction to alcohol and benzodiazepines prevented successful treatment. In his case, he was no longer permitted to drink or take any unprescribed medication in his parents home, so he would drive to a parking lot and self medicate with alcohol. He was discovered passed out and intoxicated in his automobile in a business parking lot in Mt. Juliet and arrested for DUI. After hiring me and after his release, the behavior continued with four public intoxication arrests and another DUI under similar circumstances while on bail for the other offenses. So my client is now facing two DUIs and four Public Intoxications in the Wilson County Tennessee criminal courts.

With his addiction out of control, his family refused to make his bond. After much discussion and service of 13 days in jail, an agreement was reached to dismiss the original DUI and 3 of the public intoxication charges and release him. The release and subsequent probation was strictly subject to gaining an immediate Alcohol and Drug assessment for treatment and following all recommendations or he would serve the balance of the one year sentence (which was suspended at the time of release).

The Tennessee DUI law clearly covers being in “physical control” of a vehicle while impaired if the vehicle is on a public road or “any place open to or frequented by the public, which includes most if not all retail business parking lots even if the car is not running as long as the driver maintains the ability to start and drive if he were to decide to do so in an impaired state.”

Now released and working to control his addiction, this young man has a chance to improve his life while the court retains the ability to monitor his progress, a good agreement for all involved.